Venice… a great place to get lost in 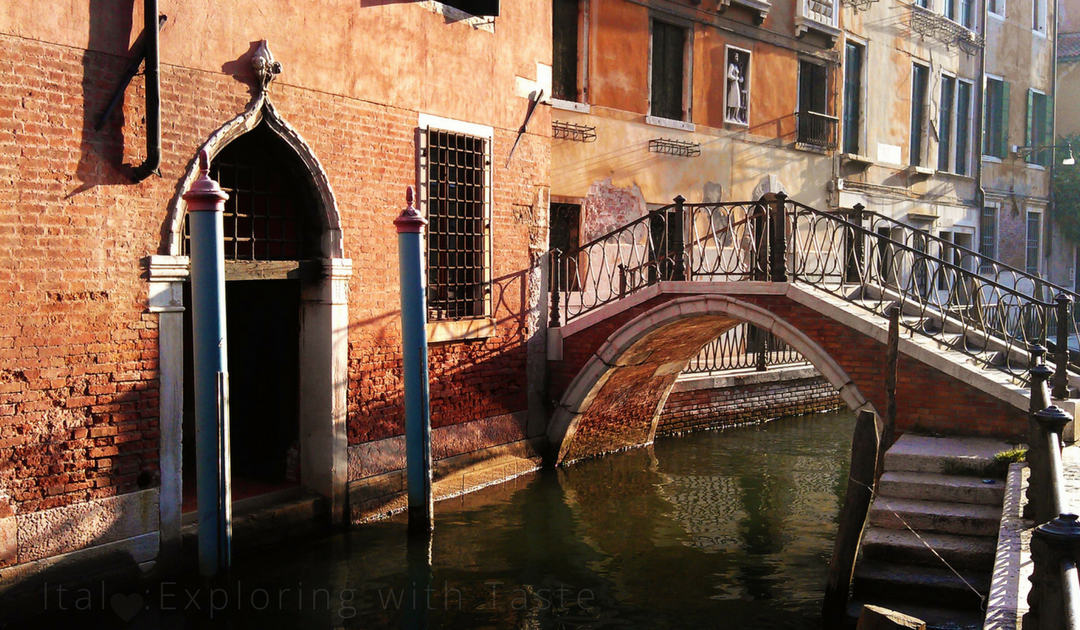 Life in Venice feels like living in an enigmatic fairytale. Everyone wishes to see this floating marvel at least once in a lifetime. To get lost in its myriad alleys and lose oneself in the beauty of stone and lazy water. Looking at the water doors and wondering what life is flowing behind them. Experiencing Venice completely alone is a precious moment that lasts for only a few seconds. If you stray enough, you could get some more minutes just for you and “the emptiness”, before enthusiastic tourists rush in. History breathes all around you.

What we owe Venice to?

Actually three things. First, the barbarians and their devastating raids. Their continual destruction, plunder and brutal killing exasperated the powerless natives, finally giving them a brilliant idea: to take shelter on 116 islands in the middle of the shallow sea. These first Venetians believed that something will certainly stop those insatiable invaders. Know what? Just mud! Ordinary, stinky mud. Horses were sinking deep into the brown, smelly matter. Barbarians, heavy and clumsy, couldn’t go far without their horses and, moreover, they saw their beloved animals suffer and die a slow death. It wasn‘t worth the effort, so they left the mud to the natives. And what about Venetian creativity? They have built a real gem, unique in the world (maybe the entire universe, who knows).

You won’t believe what Venice is standing on…

Venetians soon realized these muddy islands are the safest place for them. So they started thinking of a way to strengthen them up. They built canals to drain the excess water and regularly cleaned them. Then, they logged the surrounding woods, choosing the highest, healthiest and straightest trees. The logs were floated down to Venice and driven into the muddy soil to reach the solid clay. Then, layers of wooden rafts were placed on top of the piles, as a base for more layers of bricks and marble. Finally, spaces were filled with solid waste like broken plates, animal bones and even pits from peaches and apricots. 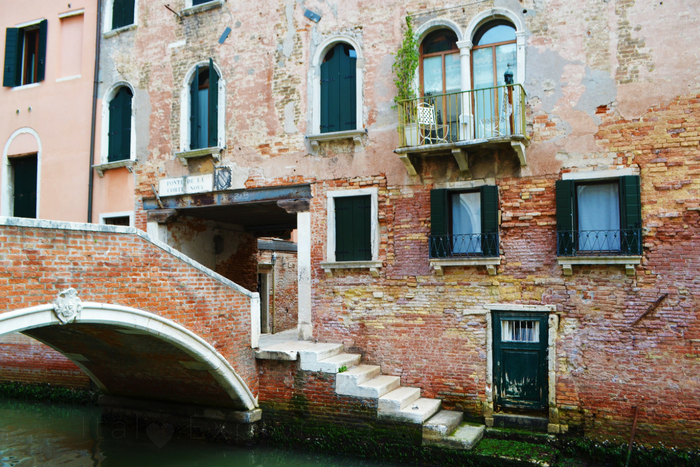 How did Venice resist time and water?

Once again mud worked wonders. It cut off the oxygen supply to the bacteria, preventing wood decomposition: the foundations of the future empire were ready. The enterprising Venetians immediately understood their strategic position in the expanding world. However, shipbuilding and blooming trade attracted attention from their greedy and bloodthirsty neighbors – the Turks – and Venetians had to constantly fight to maintain their rank among superpowers. 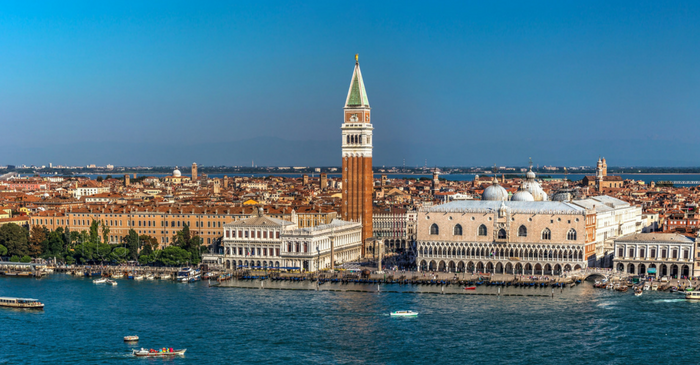 Spring is ideal for a trip – you’ll find pleasant temperatures and sparsely crowded streets. Treat yourself to a few days of vacation in Venice. Three days give you a chance to wander along amazing streets, away from hordes of tourists. And when I say hordes, believe me, I mean it literally. At some places, you have to struggle against the crowd to keep your heading without finding yourself one street back. In 3 days, we walked over 100 km and took over 1000 pictures.

Best enjoyed early in the morning, during sunrise. 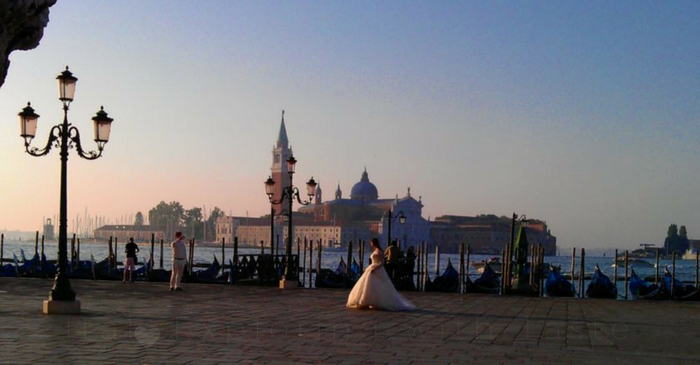 Early in the morning with no tourists around, you’d  see just a bunch of photographers seeking the perfect shot, a bride in wedding dress (many newlyweds come to Venice for their photo shoots), armed soldiers, waiters preparing tables and – of course – garbage men, without whom any city would quickly collapse. I was surprised to see the Venetians as garbage collectors and longshoremen, while most waiters were Indian or Chinese. Who knows…

Don’t miss the colorful “Mercato di Rialto”, a huge assortment of every kind of freshness you could imagine.  Besides  vivid fruits and vegetables, you’ll get to see  tons of  attractive chilly peppers and different spices. Also of interest is the section displaying fish and sea food in general.

In three days you’ll have enough time to wander and watch the life around.

Passing by a street, my eyes fell on a huge white building with the Italian flag on it. At the main entrance I spotted a firefighter standing on a scaffold, painting a picture on the wall. I was so puzzled that I entered and asked him for permission to take a picture. The painting fireman was a bit shy, so a talkative fellow told me his colleague “painter“ is just filling his free time, when they are not serving an emergency call.

They add passion to everything they do!

As everything in Venice works on water, it’s common to spot a wailing police, firemen or ambulance boat passing by. The picture shows rescuers in idle positions, although they lean forward when rushing for an emergency, in order to minimize air resistance. I wasn’t lucky enough to take a photo of such a position— they were too fast!

You won´t believe where these pictures were taken…

In an unusually big square I noticed many people entering a white building. I guessed it to be a museum, but it was early in the morning and museums open at least at nine o’clock… so? Curiousity led my way, to make entry. Right at the entrance there was a porters’ lodge and, as nobody cared, I moved further. It took me a few minutes to realize that I just entered a hospital! With a spectacular colonnade, paintings and gardens all around me.

I broke the prohibition of shooting. It was so beautiful I couldn’t help taking some pictures.

To turn Venice into a beautiful experience, an unforgettable adventure check my travel eBook, some practical tips for you: WHAT to see and  WHERE to eat, shop, accommodate, park or enjoy the BEST ice-cream, because it’s really delicious… yummy! All that information and much more in a travel e-book “From Venice to Assisi” 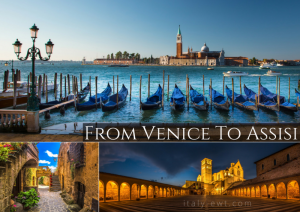 Have a nice day! Renka